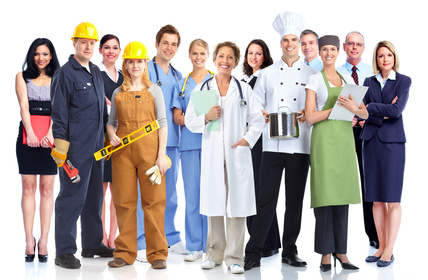 We provide brief summaries of these cases below.

In July 2011, the United States Department of Justice initiated an investigation of the insured-hospital.  The insured-hospital eventually settled with the government, paying $40.9 million to resolve allegations that it billed the government for unnecessary heart procedures.  At the time of the investigation, the insured-hospital had a $10 million excess liability policy from defendant RLI Insurance Company for losses in excess of the primary policy limit.  The policy was a “claims-made and reported” policy for losses stemming from claims that arise during the policy period of October 1, 2010, to October 1, 2011. As a precedent to coverage under the policy, the insured was required to provide notice within ninety days after the policy period.

In the ensuing coverage litigation, the Sixth Circuit upheld summary judgment in favor of the insurer, predicting that the Supreme Court of Kentucky would not extend the notice-prejudice rule to a “claims-made and reported” policy like the excess policy at issue here, which contained unambiguous notice requirements as conditions precedent to coverage under the policy.

Essex Ins. Co. v. Galilee Med. Ctr. S.C., No. 14-1791, 2016 WL 851688 (7th Cir. Mar. 4, 2016) (applying Illinois law):  Under Illinois law, an insurer may rescind its policy where the insured-medical center made material misrepresentations in its application about its practice of administering weight loss drugs and injections to patients.

An insured-medical clinic represented to its errors and omissions insurer in an insurance application that it did not offer any weight loss drugs or injections to its patients, and did not perform experimental procedures.  The insured-medical center was sued by a former patient in Illinois state court, alleging that she developed blisters on her body after the insured injected her with a cocktail of drugs in a treatment known as “mesotherapy,” which is not approved by the FDA.  Thereafter, the insurer sought to rescind the policy on the grounds that the insured made material misrepresentations in its application regarding the scope of its professional services.

The insured-law firm’s errors and omissions insurer paid for the law firm’s defense in the arbitration.  After the arbitrator found in favor of the clients and ordered the insured law-firm to reimburse some of the fees they had paid in the collection litigation, the insurer refused to pay these fees under its E&O policy.

In the ensuing coverage litigation, the United States District Court for the Northern District of Illinois sided with the insurer, concluding that the arbitration award was a “sanction” under the insurance policy's exclusion (o), which excluded coverage for “fines, sanctions, penalties, punitive damages or any damages resulting from the multiplication of compensatory damages.”  On appeal, the Seventh Circuit affirmed, though for a different reason.  The Seventh Circuit held that the arbitration award was not functionally a sanction, so exclusion (o) did not apply.  However, the Seventh Circuit held that because the arbitration award adjusted the attorney's fees owed to the insured-law firm in the underlying class action, the “legal fees” exclusion applied, which excluded “claim[s] for legal fees, costs or disbursements paid or owed to you.”

Attorneys Liability Protection Society Inc. v. Ingaldson Fitzgerald PC, Case No. S-15683 (Supreme Court of Alaska, March 25, 2016): Under Alaska law, an insurer is not entitled to the reimbursement of defense costs when defending under a reservation of rights, even after it is established that there was never a possibility of coverage under the policy.

An insured-law firm was sued for restitution, disgorgement, and conversion in connection with the law firm’s actions in disbursing from and withdrawing fees against a retainer.  The law firm’s errors and omissions insurer accepted the defense of the underlying lawsuit subject to a reservation of rights on the bases that certain allegations in the underlying lawsuit did not involve “professional services” and the restitution sought in the underlying suit was not within the policy’s definition of “damages.”  The insurer also reserved the right to be reimbursed for the portion of fees incurred in the defense of claims that were deemed not covered under the policy.

The insurer then filed a declaratory judgment action in the United States District Court for the District of Alaska seeking, among other things, reimbursement of defense costs.  The district court granted the insured-law firm summary judgment on the issue of reimbursement of defense costs, concluding that “Alaska law prohibits the inclusion of a right to reimbursement in insurance policies….”  The insurer appealed to the Ninth Circuit, and the Ninth Circuit certified to the Alaska Supreme Court the question of whether Alaska law prohibits enforcement of a policy provision entitling an insurer to reimbursement of fees and costs incurred by the insurer defending claims under a reservation of rights, specifically where the claims are later determined to be excluded under the policy, or where it is later determined that the duty to defend never arose because there was no possibility of coverage.

The Alaska Supreme Court concluded that the state’s law prohibits the enforcement of reimbursement provisions in insurance policies that require an insured must reimburse its insurer for defense costs if coverage is later denied based on an exclusion, or, further, if it is later discovered that there had never been a possibility of coverage in the first place.

On appeal, the California Fifth Appellate District reversed, holding that the insurance broker must face the claims that it negligently failed to procure fire insurance for its client, concluding that: (1) claims against an insurance broker for failure to procure requested coverage are assignable; and (2) that express contractual assignments of claims against a broker are not subject to the rule of superior equities that otherwise limits an insurer’s rights under the equitable subrogation doctrine.  The doctrine of superior equities precludes an insurance company from recovering against a third party, unless the insured has equities superior to those of the third party.  In other words, the insurance company’s insured must be less at fault for the injury than the third party from whom subrogation is sought.  The court concluded that the rule applies to a contractual assignment only if an insurance company is receiving an assignment of a cause of action from its policyholder, which was not the case here.  The assignment was from a third-party.

The plaintiff, 3140 LLC, purchased property where a former nursing home was located, and obtained insurance coverage from the defendant, State Central.  A property insurance policy was issued for the building, which contained an exclusion for damage due to sprinkler leakage.  Thereafter, it was discovered that the building incurred damages as a result of water pipes and the sprinkler system freezing and breaking.  The plaintiff sought coverage for the property damage from the insurance company.  The claim was denied pursuant to the policy exclusion for damage due to sprinkler leakage.

For more information on these or other E&O issues, please contact Jason P. Minkin at 312-762-3230, or JMinkin@BatesCarey.com.